WHERE I GOT MY ADVENTUROUS SPIRIT FROM 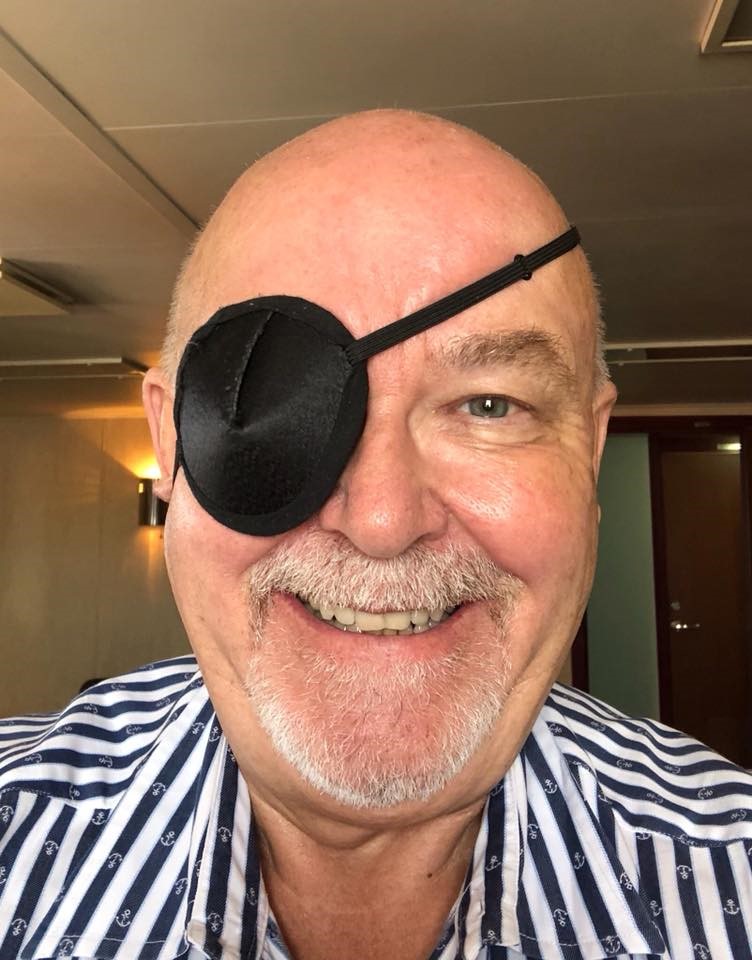 Back in June of 2018, while sailing in Croatia during our annual flotilla, I noticed that my peripheral vision in my right eye was getting limited.  The following week, back in Chicago, I had to undergo emergency surgery for a detached retina.

Part of the surgical procedure consisted in putting a gas bubble inside the eye ball to keep that retina back in place after it had been reattached with a laser.

As a result, I was not allowed to fly until that bubble has resorbed itself because, at higher altitudes, it would expand and could cause permanent damage or even blindness.

This problem forced us to cancel our annual flotilla in Mallorca, but we still thought it would be possible to fly to Italy for our first Tuscany sailing flotilla starting on September 15.  That was not the surgeon’s opinion and he told me that, under no circumstances, should I be flying.  Twenty-one friends and customers had booked and paid already and there was no way we would let them down.  The solution? Go the old fashion way and cross the Atlantic on a ship.

Here is the story of that crossing.  I hope you will enjoy reading about my experience as much as I did when doing that crossing.

After a very tedious and exhausting drive from Chicago to Wilmington, NC, and after dropping off the rental car at the local airport, I finally reached, around 13:00 hours, my destination for the day, the Port of Wilmington, where I found the Independent Pursuit of ICL Container Lines in full loading operations mode.

Two large container gantry cranes where picking up containers from trucks and loading them aboard the vessel as local longshoremen secured them in the holds and on top of the hatches.

After being invited up the gangway while two Filipino crewmembers hauled my heavy suitcase on board, I was introduced to the First Mate who took my boarding papers and passport after which I was shown my lodging accommodations, called the Owners Cabin.  It is quite large with a desk, table and two settees, a double berth (very comfortable) and a bathroom or head, complete with shower and vanity.  Strangely enough, the smell of the head on such a large vessel is extremely similar to the one on sailboats.  Must be the sea but thank God for lemon scented air spray.

The Chief Officer, Luka Bjelic, showed me the bare essentials I needed to know to pass the afternoon on the ship while she was being worked. He introduced me to Emilio the cook and told me where I would have my meals with the Captain and officers in the mess.

Unpacking and getting organized the cabin done, I watched the loading operations through my cabin porthole and from the bridge until it was dinner time, around 17:00.

No sign of Captain, Aleksandr Valentin, yet.  He was sound asleep in his cabin after a long night of bringing the ship to berth.  My dinner “mate” was the Chief Electrician, Hrvoje Balent. who mentioned that all the senior officers on board except for the Third Mate are Croats.  Needless to say, we found a lot in common to talk about sailing in Croatia, the food, wines, etc.  By the end of the meal, the Captain showed up and introduced himself.  A very nice guy with a firm handshake, he welcomed me warmly on board of his ship.

After dinner, I continued to watch the never-ending line of trucks bringing containers alongside the ship and the crane picking up the boxes and putting them deftly in place in their slots.  It is a fascinating and mesmerizing show.

As this trip was going to be with very little access to wi-fi, I overdosed a bit on social media sending pictures on Facebook, emailing and texting my wife, Mila, friends and kids before starting my eleven-day social media detox program.

At the time of booking this trip, the departure time was scheduled for 19:00 but, with the slower than expected pace of loading the ship, it was pushed back to 23:00 and finally we left at 00:45 on September 1.

When I saw that the last containers had been loaded and the crane was being moved, I headed for the bridge where preparations for our departure were underway.  The captain was on the bridge with two pilots.  One was the dock pilot who would assist in pulling the vessel away from her berth and guide the tugboat and the second pilot was the river pilot who would guide us through the maze of buoys and markers on the Cape Fear River to the open sea where he would be picked up by the pilot boat.

The Cape Fear River is long, narrow for large cargo ships, and it snakes its way with several twists and turns towards the Atlantic.  Halfway down the river, I called it the night and crashed in my berth.  At first, I thought I would not be able to sleep because of the constant drone of the engine but it proved to be a powerful lullaby and I was out until well past 08:30.